On the Sunday closest to January 25, the Church commemorates the Synaxis of the Holy New Martyrs and Confessors of Russia, remembering all those Orthodox Christians who suffered for Christ at the hands of the godless Soviets during the years of persecution. These include the royal Passion Bearers…

The Hieromartyr Clement was born in the Galatian city of Ancyra in the year 258, of a pagan father and a Christian mother. He lost his father when he was an infant, and his mother when he was twelve. She predicted a martyr’s death for him because of his belief in Christ. A woman named Sophia…

Saint Gennadius of Kostroma and Liubimograd, in the world Gregory, was born in the city of Mogilev into a rich family. He early displayed love for the church, and his frequent visits to monasteries evoked the dismay of his parents. Gregory, however, was firmly resolved to devote himself to God, and…

Read the Life
Troparion & Kontakion
Translation of the relics of Saint Theoctistus, Archbishop of Novgorod

The main Feast of Saint Theoctistus is December 23. He was glorified in 1664, because of the miraculous healings which took place at his relics. In 1786, the relics of the saint were transferred to Yuriev, where Archimandrite Photius built a chapel in his honor at the local cathedral.

Saint Mausimas the Syrian lived in Syria, near the city of Cyrrhus. He voluntarily embraced poverty and devoted his life to the service of his neighbor. The doors of his hut were always open to anyone who had need of him. In his hut there were two vessels: one with bread, and the other with oil.…

Saint Salamanēs (Σαλαμάνης) was from the town of Kapersana (Καπερσανά) in Syria, on the west bank of the Euphrates River. Since he loved the solitary life, he followed the path of monasticism, building his cell near the Euphrates River. The Bishop of the town, who was informed…

Saint Paulinus the Merciful, Bishop of Nola, was descended from an aristocratic and wealthy family of Bordeaux (France). By virtue of his extensive education and upbringing, the twenty-year-old youth was chosen to become a Roman senator, later he became consul and finally, governor of the region of…

The Sixth Ecumenical Council was convened by the emperor Constantine Pogonatos (668-685) at Constantinople in the year 681 to combat the Monothelite heresy. At it 171 holy Fathers were present, who affirmed the doctrine of two wills in Jesus Christ, the divine and the human. This Council was…

Read the Life
Synaxis of the Saints of Kostroma

Xenia was born in Rome, the only daughter of a prominent senator. Drawn by love for Christ, she refused to enter into marriage as her parents wished, but rather, to avoid this, she secretly fled from her home with two of her slaves and arrived at the Island of Cos to a place called Mylassa. There she founded a convent for virgins where she lived an ascetical life until her death. Even though she was a frail woman, she possessed a steadfast endurance in fasting, prayer and all-night vigils. She often stood all night in prayer; she was dressed more poorly than all the other sisters; and the bread which she ate, she often sprinkled with ashes from the censer [thurible]. At the time of her death (450 A.D.), a wonderful sign appeared over the virgin's convent: a wreath of stars with a cross in the center, brighter than the sun. Many, who were sick, received healing from her relics. Her female slaves [tonsured nuns] continued in the example of their abbess and when they died, and according to their wishes, were buried at the feet of Blessed Xenia [Ksenia].

Babylas was a priest in Sicily. He suffered for Christ with two of his disciples in the third century.

Macedonius was a Syrian hermit. Only in his old age did he feed on baked bread, but before that he ate only grains of barley softened with water. He ended his earthy life in the year 418 A.D.

When St. Epiphanius was summoned to Rome to assist the sister of the Emperor Honorius by his prayer, he consecrated Philon a bishop. Philon exegeted the Pentateuch and the Song of Songs. He died peacefully in the fifth century.

5. THE VENERABLE DIONYSIUS OF OLYMPUS

Dionysius was a miracle-worker. He lived an ascetical life on Mt. Olympus. He was tonsured a monk on Mt. Athos [The Holy Mountain] where he was the abbot of the Monastery Philotheou. Toward the end of his life, he withdrew into solitude on Mt. Olympus where he died in the sixteenth century.

The virgin Xenia, as well as Agnes

Or the all-glorious Thecla or Anastasia,

Did not want to be tied to a physical man

But found a Bridegroom in the Immortal Christ.

With all her soul, she loved His beauty

And mercy and tenderness and radiant purity.

And even the senator's house and wealth, she left

When the Sun of Righteousness shown in her soul.

And the body is miserable like the transient grass.

And the bride [her soul] Xenia began to adorn

And by many prayers to wash and nourish it

That the bride [her soul], to be a heavenly apparition,

Pleasant and worthy of the Heavenly Bridegroom.

The labors of Holy Xenia were pleasing to the Bridegroom,

And many wondrous gifts, upon her, He bestowed.

When her pure soul, the flesh, overcame,

Peaceful as a king over a vanquished city,

With the wreath of immortality, the Lord crowned her,

Into the mansion of eternal joy, led her.

There, where the angels hymn the Creator in song,

There, the Lord receives His bride.

In our day, you usually hear these words from parents: "We want to secure the life of our child." That is why they work very hard to amass wealth, often unjustly, to educate their child in the calling [vocation] which brings the greatest physical security and material benefit. This is done by so-called Christians! They do this because their concept of a real life and the real security of life is erroneous. See, how a true Christian mother prepares her son for a real life. At the time of her death, Blessed Euphrosyne spoke to her son Clement of Ancyra: "Do me the honor, O my son, and bravely stand up for Christ and confess Him strongly and without hesitation! I hope, in my heart, that the crown of martyrdom will blossom on you in my honor and for the salvation of many. Do not be afraid of threats, nor swords, nor pains, nor wounds, nor fire. Let nothing separate you from Christ, but look up to heaven and from there await your great, eternal and rich reward from God. Fear God's majesty; be afraid of His awesome judgment, tremble at His all-seeing Eye, for all those who deny Him will receive the punishment of unquenchable fire and eternally vigilant worm. Let this be my reward from you, my sweet son, for my pain in child-bearing and effort surrounding your education that I may be called a mother of a martyr. The blood that you received from me, do not spare but shed it that, from that, I can also receive honor. Submit your body to torture that I, too, may rejoice at that before our Lord as though I myself had suffered for Him."

To contemplate the Lord Jesus as Teacher:

1. As a Teacher Who teaches how man should think in order to be saved;

2. As a Teacher Who teaches how man should talk in order to be saved;

3. As a Teacher Who teaches how a man should act in order to be saved.

About the most all-discerning Prophet [Jesus]

"Why do you harbor evil thoughts in your hearts" (St. Matthew 9:4).

An evil thought is sin! That is the great news which Christ brought into the world. In truth, an evil thought is the sinful source of all sin because, before a man says something or does something sinful, he thinks sinfully. Thought is the causative sin. All other sins are only subsequent sins. Whoever wishes to annihilate those evil actions must uproot those evil thoughts first. Whoever desires to stem the flow of water must first dry up the source. Therefore, let no one justify himself: I am not a sinner, for I have not killed anyone nor looted from anyone nor profaned anyone nor lied to anyone! Behold, we are full of deadly looting, profaning and deceiving thoughts! If we have not committed sin by our own deeds, that is simply a matter of the mercy of God and external circumstances. But, if God had yielded and if the circumstances were favorable, we would have committed all those sins that we had thought. The serpent is not only venomous when it bites but also when it does not bite, because it carries the venom in itself.

Therefore, not only is thought a sin, but also it is the source of sin: the beginning of sin and the seed and root of sin. That is why the All-seeing and All-knowing Lord rebuked those who had evil thoughts. "Why do you harbor evil thoughts in your hearts."

O Lord, All-seeing and All-knowing, help us to cleanse our hearts and minds from evil thoughts so that our words and deeds may be pure.

To You be glory and thanks always. Amen. 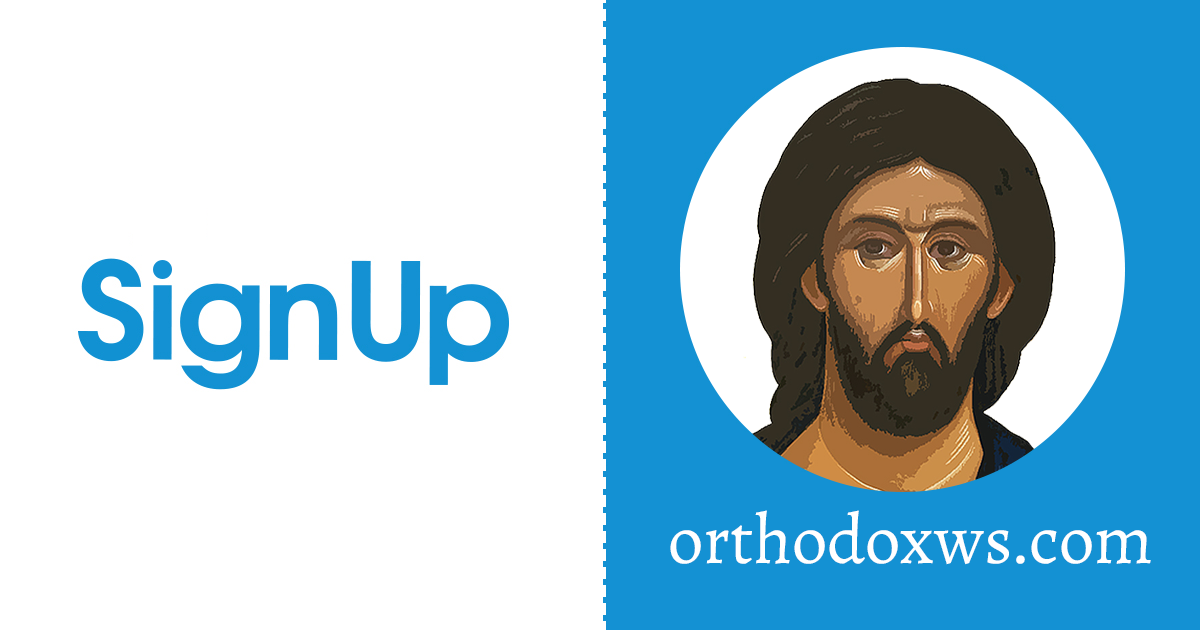